Science metadata goes through several stages between the time it leaves the Member Node and the point in which an end user views the record's search result in search.dataone.org. These stages including synchronization, indexing, and view rendering.

for new formatid we need:
* a schema to refer to in metadata
* schema must be imported and registered into metacat. T his enables metacat to recognize it. (Jing?)
* To index /parse the meteadata data, we need indexing rules in place for that formatID. Modificaton of DCQ except url is in the (Jing)
* View Service - without rules for service it will pull what it finds from Solr and render. Since DC is so simple, should not be an issue (This doesn’t work well for more complicated formats). Just have to verify that it looks right.

Who can handle what changes at each stage?

We call the web view of a metadata record the landing page. An example of a landing page is https://search.dataone.org/#view/fridley.14.2.

The display of the landing page is dependent on two things directly:

The dependency on MetacatUI can be further divided into two areas: 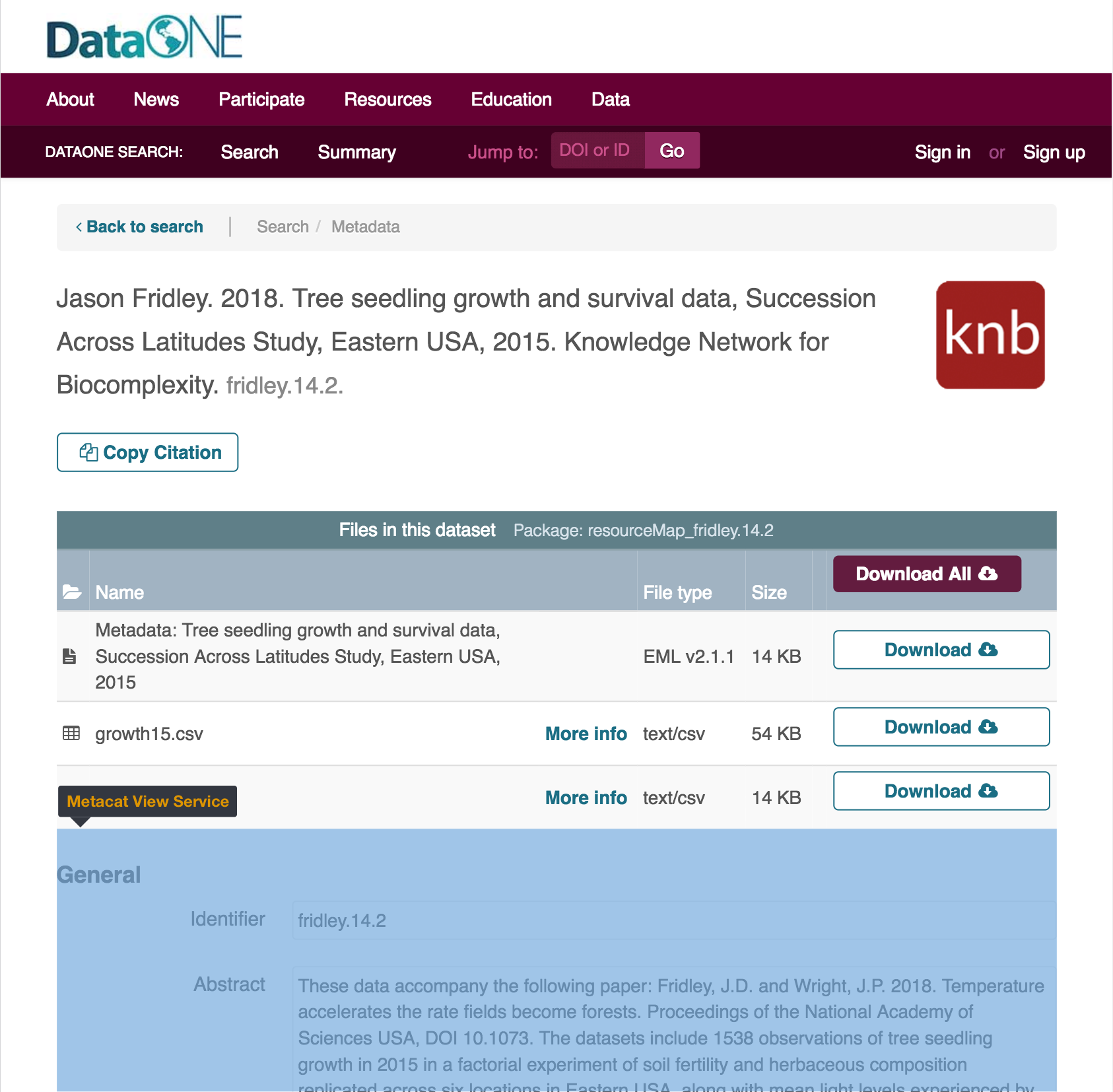 The Metacat View Service is a web service (and part of the DataONE Member Node API) that takes a metadata record (an XML document), transforms it to HTML via an XSLT, and returns the HTML back to the calling agent (in this case, MetacatUI, which then injects that HTML into the container highlighted above). How the HTML injected back into the above container looks is dependent on two things:

Note that this means that MetacatUI and the Metacat View Service are thus linked in this way.

To change what HTML the Metacat View Service returns to MetacatUI, you need to find out what formatId you're dealing with then see what XSL your formatId is mapped to in MetacatUI in this file: lib/style/skins/metacatui/metacatui.xml.

Then, in that XSL, which calls out to other XSLs, you need to follow the XSL processing logic to determine which XSLs are called when your document passes through the root XSL. For example, with an ISO 19115 document, there is an xsl:if statement that'll catch the root element which calls the isodocument template:

which is defined in the imported XSL: